Who We Are
Overview
Honors & Awards
History
Offices

What We Do
Innovation
Products
Commercialization
Business Development

American Diabetes Association’s 82nd Scientific Sessions took place on June 3-7, 2022 at the Ernest N. Morial Convention Center (MCCNO) in New Orleans, Louisiana, USA. Gan & Lee Pharmaceuticals had a presence via their exhibit at the Conference. The event attracted more than 8,000 top doctors, scientists and healthcare professionals from all over the world through a combination of online and offline attendance, focusing on the latest, cutting-edge advances in diabetes research, prevention and care.

As one of the world's largest diabetes exhibitions, ADA tradeshow was held from June 4-6. Due to the COVID 19 pandemic, this was the first ADA tradeshow in more than 2 years. There were 139 wonderful scientific sessions divided into 8 theme areas, covering acute and chronic complications, behavioral medicine/clinical nutrition/education/exercise, clinical diabetes/therapeutics, epidemiology/genetics, immunology/transplantation, insulin action/molecular metabolism, etc1. As the only Chinese exhibitor, Gan & Lee has participated in the ADA tradeshow in the past. Presenting at conferences such as the ADA paves the way for the later commercializaiton of our diabetes products in the US and the European markets. 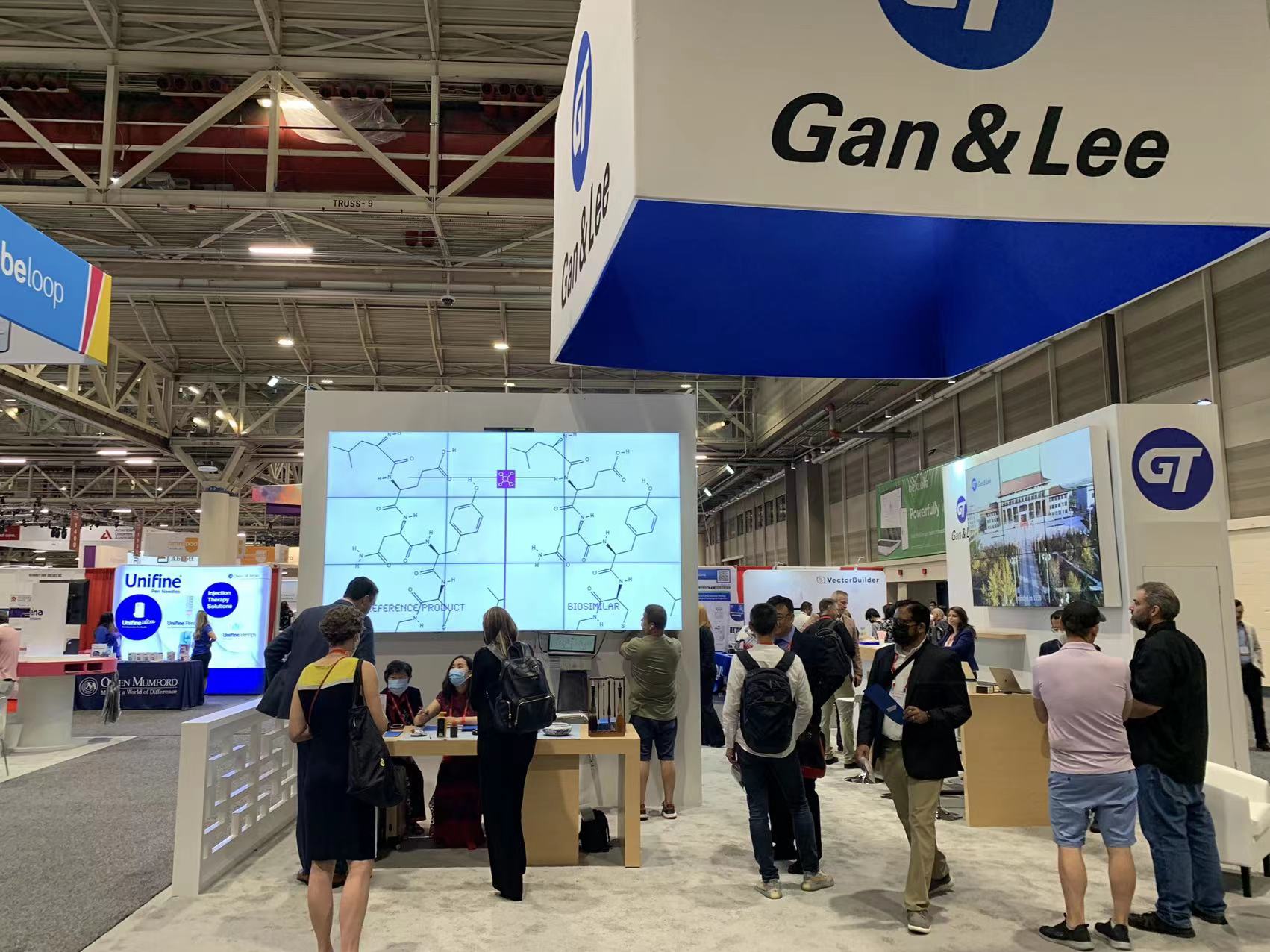 During the exhibition, Gan & Lee invited a calligrapher to perform in the booth writing personalized Chinese names for the participants. In the meanwhile, we posted on social media with the hashtags #ADA2022 and #MyNameArt for online interaction. The unique Chinese style activity attracted many people to participate in and a total of 200 calligraphy works were distributed. This novel calligraphy performance not only promoted the traditional Chinese culture, but also significantly promoted the Gan & Lee brand. 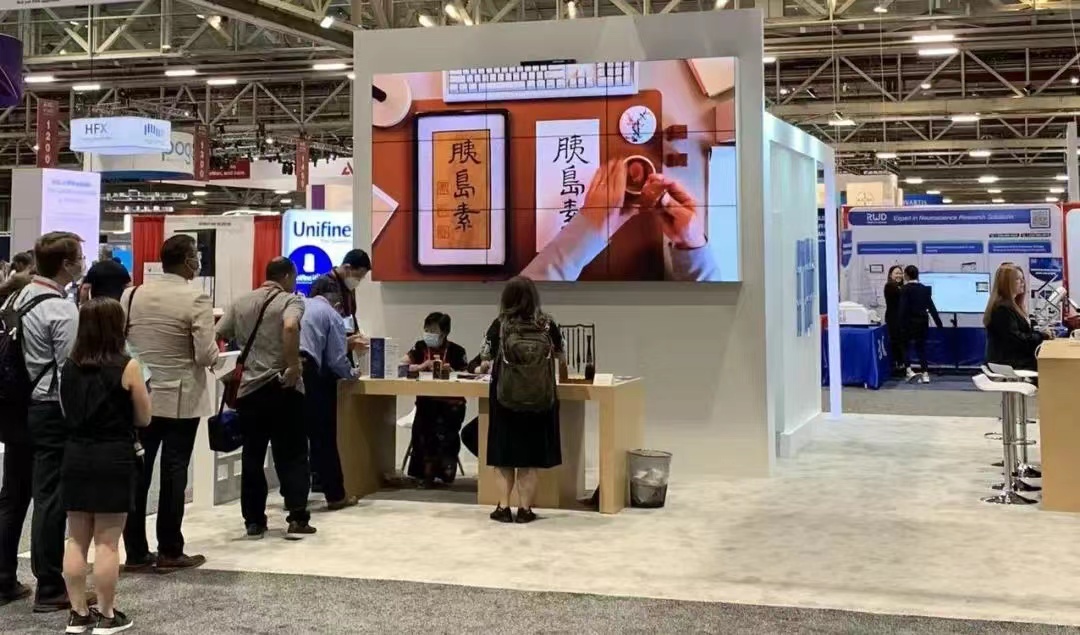 Attendees in a queue for calligraphy works 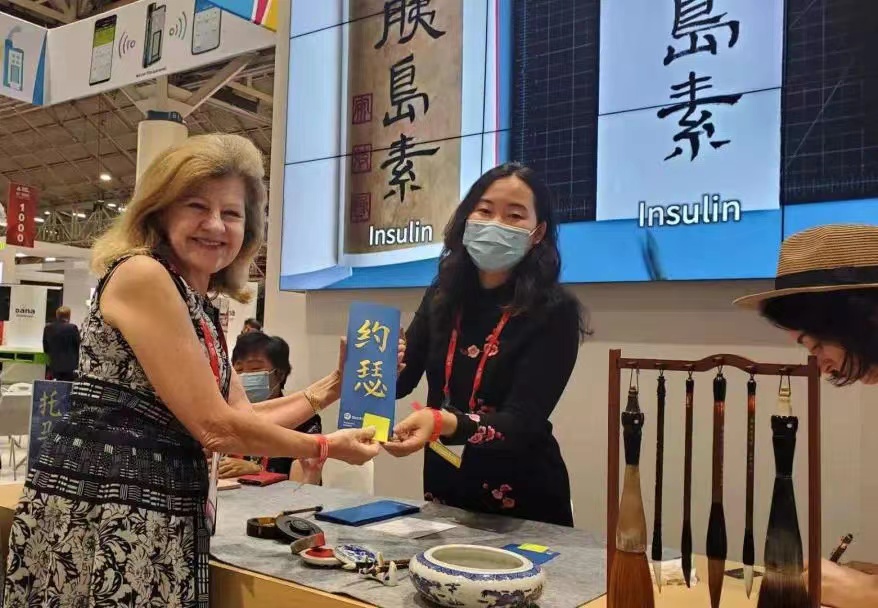 Photo of an attendee and the calligrapher

During the exhibition, Gan & Lee USA team had detailed conversations with hundreds of physicians, experts and scholars who stopped by the booth. The vice president and COO of Gan & Lee USA, Gary J. Furda said, "The most common theme we heard was the need for more biosimilars on the US market to help drive the cost down so that more people affected by diabetes can afford the treatments they need. Many of the physicians were interested in participating in our future clinical trials. I would say it's a very productive meeting raising Gan & Lee's brand awareness in the medical community. Hope to see you next year in San Diego."

Currently Gan & Lee's three biosimilar insulins, glargine, lispro and aspart have completed a number of clinical trials in a few clinical centers in Europe and the US, and are now preparing Investigational New Drug Application(IND) in the US and Europe. We hope that the three compounds can be approved in the future to benefit more diabetic patients. At the same time, Gan & Lee is also actively expanding its product pipeline and is committed to drug development in the fields of cardiovascular and oncology. In the future, we will continue to provide more diversified high-quality products for the patients around the world.

The American Diabetes Association does not endorse any products and/or statements within the press release.

In the future, Gan & Lee strives to achieve a comprehensive coverage in the field of diabetes diagnosis and treatment. Moving forward to advance our goal of becoming a world-class pharmaceutical company, we will also take an active part in developing new chemical entities, and work on the treatment of cardiovascular diseases, metabolic diseases, cancer, and other therapeutics.